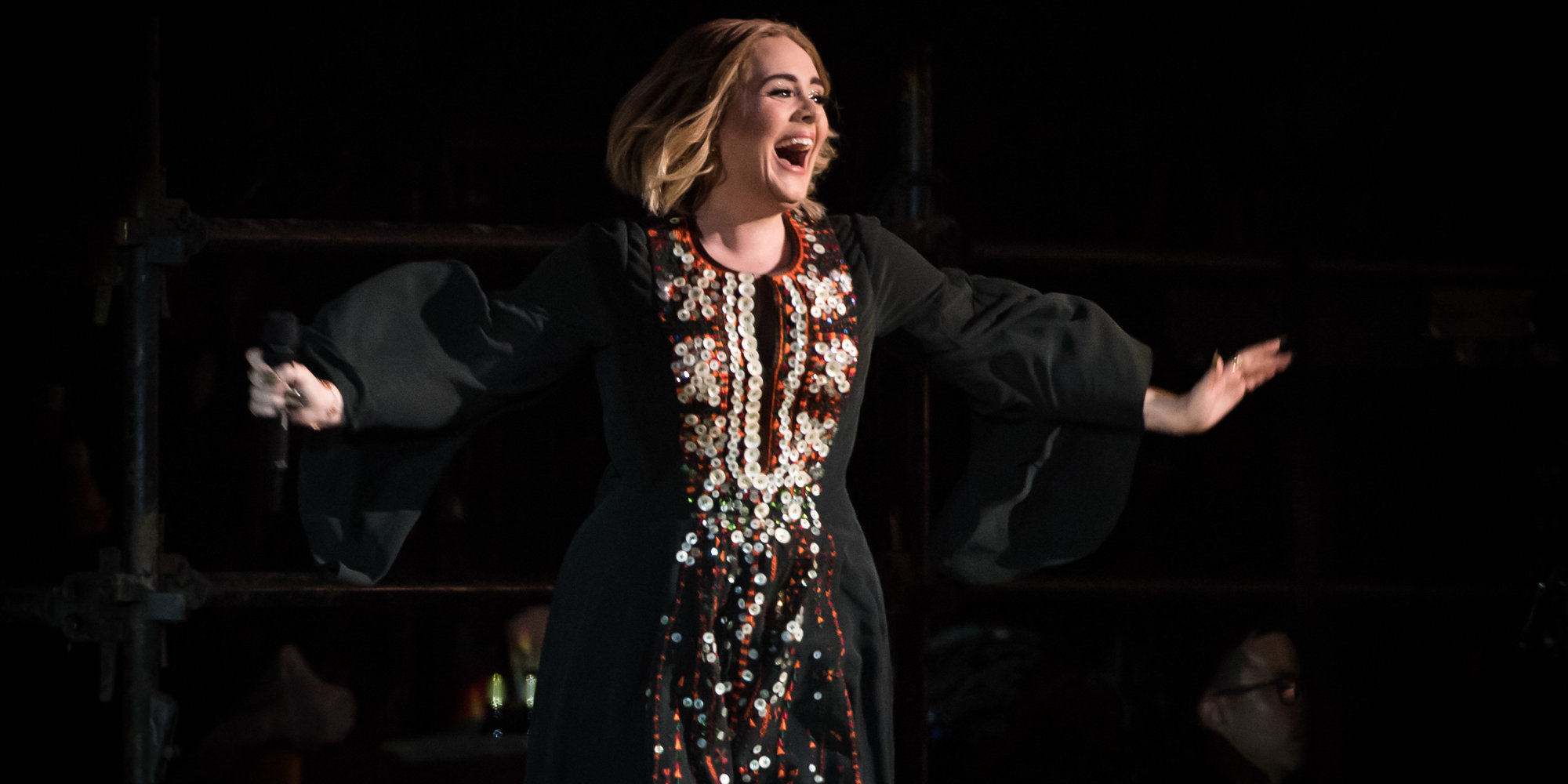 The Glastonbury Festival is one of the biggest music and art festivals in the world. It is located in Pilton, England and attracts an average of 130,000 spectators each year. It is broadcast live on the BBC.

A special date on the Adele Live 2016 tour: Adele performs on Saturday, June 25, 2016 for an hour and a half during the Glastonbury Festival in front of more than 135,000 people. The chosen setlist is different from the one of the tour: it includes two new songs like I’ll Be Waiting or River Lea.

Despite some technical incidents (Adele had to take over River Lea for example because she didn’t have the right rhythm), Adele performed pretty well. It has been widely praised by the media.

One can also notice a different arrangement for the song Someone Like You: a musical bridge has been added at the end of this song, allowing the audience to sing the chorus several times.

Adele was also highly acclaimed for her foul language. In an hour and a half, she swore 33 times… or once every 3 minutes: in other words, she doesn’t swear when she sings!

Adele’s dress is a bespoke creation by the Parisian fashion house Chloé. With the help of Chloé’s English creative director and Adele’s stylist, Gaelle Paul, the dress took 200 hours to make. The buttons and shells on the bodice of the dress were hand embroidered. And contrary to what can be seen in the photos and video, the dress is colored … Green!

In an interview with The Guardian on October 30, 2019, Glastonbury festival co-host Emily Eavis tells how she managed to get Adele for the 2016 edition. The story goes back a year ago, in June 2015. As a reminder, Adele was seen that year as a spectator. The headliner of this edition is Kanye West. Emily Eavis explains: “I’d been trying to persuade her, but I think she was unsure. She didn’t really need to do it: she was already playing stadiums, and with her it almost seems like the less she does, the bigger she gets. But I think that deep down she wanted to, as she’d been coming to Glastonbury since she was a little kid. I walked her on to the platform next to the stage just before Kanye came on, and we looked out at this huge crowd chanting his name. I said: “Are you ready for it? Come on. Next year?” And she looked at me with a twinkle in her eye and said: “I’m gonna do it.””

Emily Eavis adds: “She gave one of the most moving and heartbreaking performances I have ever seen. She had such a connection with the crowd that it felt like she was in that crowd herself!”

Photos of the show are available here: